What is the Tamaqua Historic District?

The Tamaqua Historic District was established to recognize and 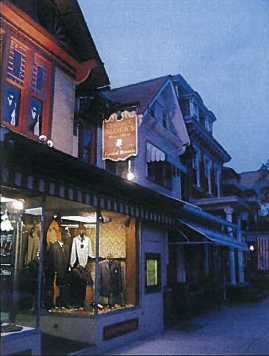 preserve the character and architecture of Tamamqua's historic neighborhoods. It includes 976 buildings, three sites, eight structures, and three objects over 178.6 acres that have been deemed historically significant, and of which 97 percent are contributing. The district runs the length of town, primarily across the central downtown business district, but also including and some nearby neighborhoods.

This area developed as a coal center in the southern anthracite field and the residential, commercial, industrial, public, religious, educational, and social buildings are tightly arranged on narrow lots along the borough’s streets, alleys, and rail lines. Residential buildings, mostly two story, are primarily frame and brick construction, and many of the residences are attached duplexes or row houses

The district  is located 17 miles east of Pottsville at the eastern boundary of Schuylkill County and centered at the intersections of Routes 209 and 309 (Broad and Center Streets). It extends west to include the Odd Fellows Cemetery in Schuylkill Township, east to the juncture of Hazle Street and Route 209, and north and south to include multiple intersecting streets and alleys.

The architectural styles represented most frequently include Queen Anne, Late Victorian, Italianate, and Colonial Revival with small concentrations of early buildings, including log, Greek Revival, and Federal. A large number of buildings date between 1900 and 1925.

The commercial section includes mostly 3- and 4-story buildings. Contributing structures include three sets of iron stairs that link hillside neighborhoods to the downtown, and five bridges. Three contributing sites within the historic district include Odd Fellows Cemetery and St. Jerome’s Roman Catholic Cemetery, and the site of a demolished shirt factory. Two veterans monuments and a stone crash bollard are tallied as contributing objects. With few modern intrusions, the Tamaqua Borough Historic District retains its historic integrity and character.

Why is the Historic District Important?

The Historic District is designed to designate and protect the buildings that have had an impact on the community through its history. The Tamaqua Historic District was listed in the National Register of Historic Places in 2001 and the Borough adopted an ordinance recognizing it as a local historic district in 2002.

Benefits of the Historic District 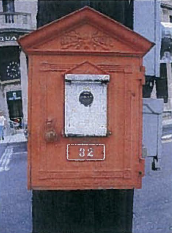